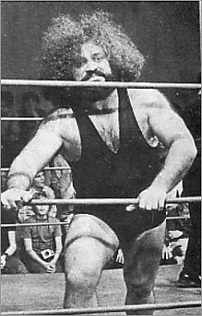 Juan Kachmanian (April 6, 1930 – January 9, 2020) was an Argentinian professional wrestler of Armenian descent best known for his work under the name Pampero Firpo. He debuted in 1953 and also wrestled under the names Ivan the Terrible and The Missing Link (not to be confused with another wrestler with the same name.) He wrestled heavily in the old Los Angeles and Pacific Northwest territories. Among his in-ring achievements, he was a 4x NWA (Detroit) United States Heavyweight Champion

"The Wild Tropes of the Pampas":