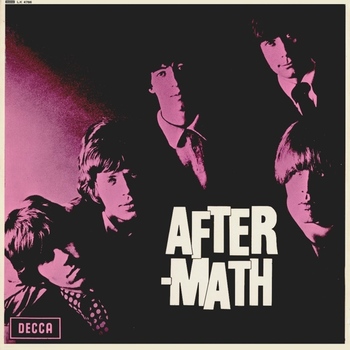 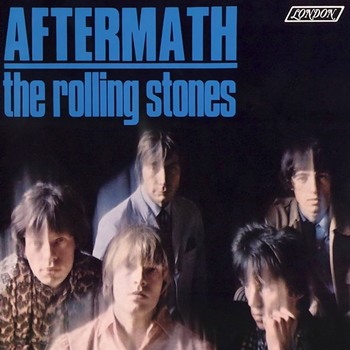 Aftermath (US cover).
I look inside myself and see my heart is black
I see my red door, I must have it painted black
Maybe then I'll fade away and not have to face the facts
It's not easy facing up when your whole world is black

No more will my green sea go turn a deeper blue
I could not foresee this thing happening to you
If I look hard enough into the setting sun
My love will laugh with me before the morning comes
—"Paint It, Black"
Advertisement:

Aftermath is the fourth studio album (sixth American album) recorded by British rock band The Rolling Stones. It was released on Decca Records in the UK on 15 April 1966, and on London Records in the US on 2 July of that year.

It remains a critic and fan favourite, and is usually ranked as among their best albums, along with Beggars Banquet, Let It Bleed, Sticky Fingers, and Exile on Main St., while songs like "Mother's Little Helper" (on the UK version), "Paint It, Black", and "Under My Thumb" became international hits.

This was the Stones' first album to wholly consist of songs written by Mick Jagger and Keith Richards, and consequently features no covers. It was also their first album that showcased Brian Jones's multi-instrumental abilities, as they began to expand their sonic palette beyond the blues and R&B influences of their earlier material.