Bombers on the Screen 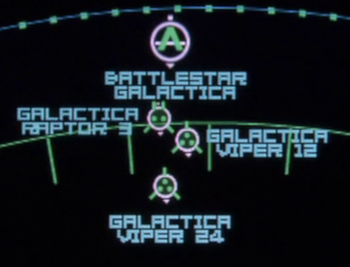 An alternative way to show war without the use of Stock Footage, but can be used with it.
Advertisement:

A real-time computer map is used, showing the positions of military units. In WWII era stories, it might be tiny models on a big map instead.