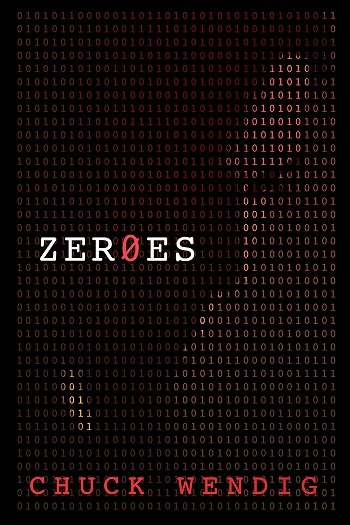 Wade Earthman: We're all just ones and zeroes. Trick is figuring out which of us are ones and which of us are zeroes.
Reagan Stolper: Sitting at this table, I'd say we're all zeroes. Actually, that's a pretty good name. I've never been part of a group before but they always have names. ...I say we're the Zeroes.
Advertisement:

The story centers on five American hackers, each with very diverse backgrounds and hacking skills, who are blackmailed, kidnapped and sent to a hideaway camp in the mountains called the Hunting Lodge, where they find themselves among a group of other kidnapped hackers collected there for an unknown purpose. Curiously, not even their kidnappers themselves know why they were tasked with collecting them, only that it's part of a classified government program.

As the hackers are put to work and are given a seemingly unconnected set of targets, they slowly begin to unravel, and eventually entangle themselves in a nefarious plot involving an insidious conspiracy within the United States, as well as a mysterious name that seems to keep rearing its head amidst their exploits: Typhon.

An upcoming novel, titled Invasive, will be supposedly set in the same universe as Zer0es.

Be warned of possible spoilers!

AND THE GODS DID FLEE.