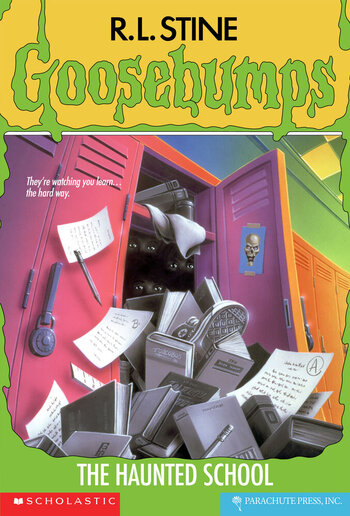 The Goosebumps book where a school has a strange secret.
Advertisement:

Tommy Frazer's just moved to a new town, and a new school. A school that's so big, it's easy to get lost in. One day, Tommy does indeed get lost, and stumbles upon a room dedicated to the Class of '47, who all disappeared mysteriously after getting their class picture taken. Later, the night of a school dance, he and his friend Ben find an elevator that goes sideways, leading them to the truth about the missing students.

It is one of the nineteen original series books that was not adapted into the TV series. There was an event based on it in Goosebumps: HorrorTown.