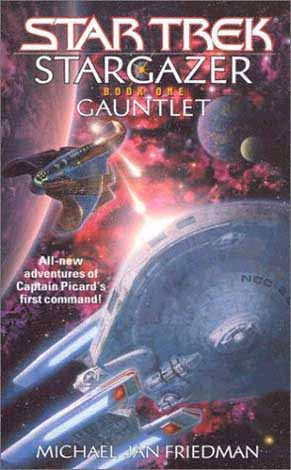 A series of novels in the Star Trek Expanded Universe, connected to the mainstream modern continuity of the Star Trek Novel Verse through Broad Strokes. The series features Captain Picard's first command, the U.S.S Stargazer, and his early years as a command officer. There are six books in the series proper:
Advertisement:

Other novels to feature the characters and setting of the Stargazer include:

Three short stories have been published which involve Stargazer characters:

The Stargazer crew consists of: