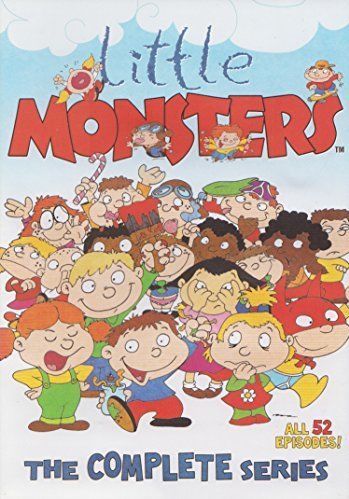 All they wanna do is have some fun...
Little Monsters is a series of books written by Tony Garth and released in the United Kingdom in 1997. The books are similar to the Mr. Men series of books, being individual accounts of a group of characters based around personality traits, but they instead involve a certain mischievous kid (sometimes averted) and their parents. The kid has a problem related to their behavior before something manages to make them change their ways.
Advertisement:

The books are more well known for a cartoon aired on BBC in 1998. A CGI revival was set to air in Spring 2016, but it was scrapped for no reason.

The books and the cartoon contain examples of: