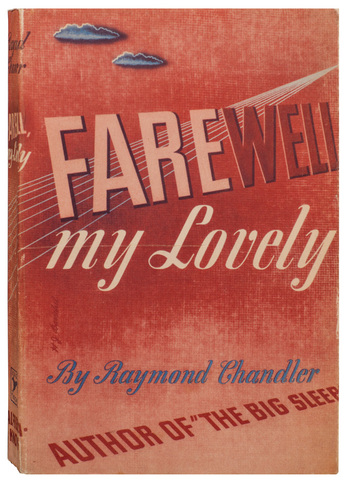 Farewell, My Lovely is a 1940 detective novel by Raymond Chandler, featuring the private eye Philip Marlowe.

A chance meeting with Moose Malloy, a recently-released convict who is trying to find out what happened to his old sweetheart Velma, gets Marlowe tangled up in another dangerous situation. While he tries to figure out what became of Velma, he also gets hired to deal with a jewelry theft.

It was adapted to film in 1942 (as The Falcon Takes Over, a Dolled-Up Installment of the Falcon film series starring George Sanders), 1944 (as Murder, My Sweet, with Dick Powell as Marlowe) and 1975 (as Farewell, My Lovely, with Robert Mitchum as Marlowe).