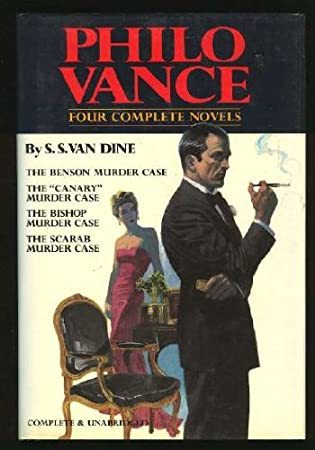 Philo Vance is the primary character of a series of twelve mystery novels written between 1926 and 1939. The novels were written by Willard Huntington Wright under the pen name "S.S. Van Dine".

The Philo Vance novels are more than a bit dated these days, but at least the earlier ones are still considered important "Golden Age" mysteries. They were adapted into a long-running film series, four of which starred William Powell.