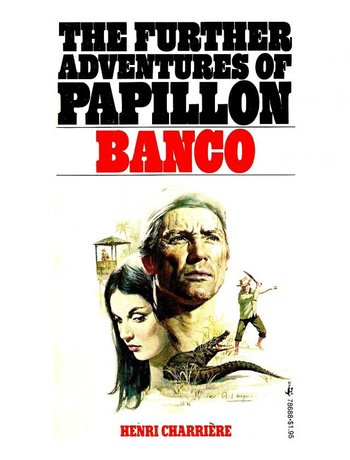 Banco is a 1973 novel written by Henri Charriere, and a sequel to Papillon.

After fourteen years in prison, Papillon is a free man in Venezuela. In the middle of nowhere with a crippled friend named Picolino, Papillon needs to find honest work and lodging until they can get their bearings on their new life in their new country. Though committed to getting his friend comfortably squared away, what drives Papillon is his desire to return to France and take his revenge on the corrupt system that sent him to the Penal Colony.

For that he's going to need money, and so Papillon continues his adventures in the South American jungles and underworld in pursuit of banco.