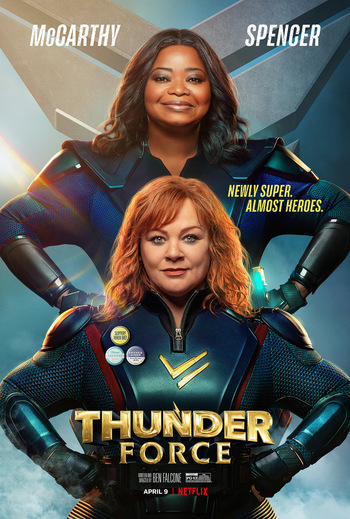 Lydia (McCarthy) and her estranged best friend Emily (Spencer) wanted to be superheroes growing up, but the way people gained powers ensured that only sociopaths gained them. As they got older, they had to give up on those dreams... until Emily invented a serum to give people Super Strength. After Lydia takes it by accident, the two become Thunder Force, a crime-fighting duo facing down the legions of super-powered criminals plaguing their city.

Has nothing to do with Technosoft and Sega's Shoot 'em Up video game franchise of the same name.