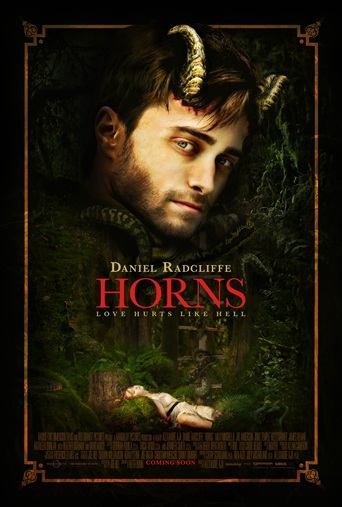 Horns is a horror/black comedy directed by Alexandre Aja and starring Daniel Radcliffe. It is based on the book of the same name by Joe Hill.
Advertisement:

The plot concerns a young man who is accused of murdering his girlfriend. One morning he begins growing horns that seem to give him the powers of Satan.