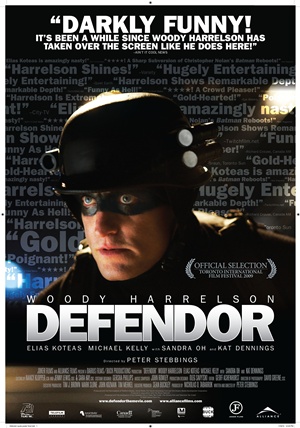 Don't pronounce it without the "o". He'll get pissed.
Advertisement:

A 2009 film starring Woody Harrelson and Kat Dennings. Harrelson plays a well-meaning but mentally challenged man who creates the identity of Defendor, a costumed superhero, to fight back against street crime and eventually hunt down "Captain Industry". Advertised as a comedy, but was largely a drama.