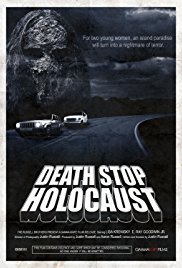 For two young women, an island paradise is about to become... A nightmare of terror!
Advertisement:

Two young women are on a vacation to a small island. While there, they run afoul of a bunch of masked killers. One is killed, and the other is captured by the fiends. The survivor's father turns up on the island to investigate, only to discover a dark secret...