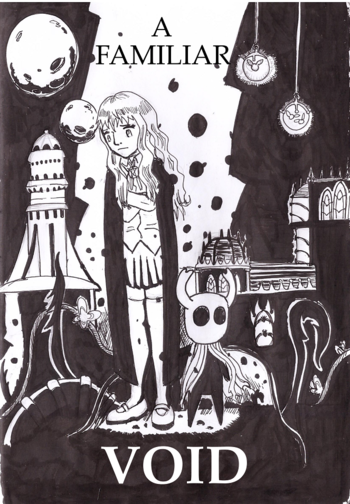 Louise needed a Familiar that resembled her, so that she could prove herself to be a Mage. So what better way to represent herself, than a small being filled with the Void?

A Familiar Void tells the story of how Louise Françoise le Blanc de la Vallière summons the Knight as her familiar, not long after the latter sacrificed itself in order to defeat the Radiance. Thus begins the journey of a mage and her familiar as the once-normal life of a school student changes and finding themselves in the middle of convoluted event after event, which started more than a thousand years ago.

Can be found on the following sites:

A Familiar Void provides examples of: