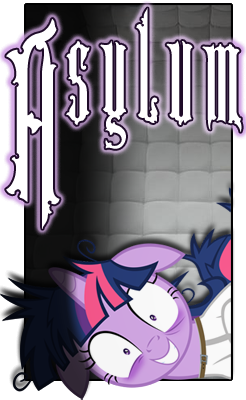 A My Little Pony: Friendship is Magic fan fiction by Daemon of Decay.

When Twilight Sparkle slipped beneath the covers last night everything had been fine. She had friends whom she loved, a teacher she adored, and a bright future ahead of her. But when she woke up, her blankets and quilts had been replaced by hospital gowns and padded restraints. Everything is wrong and nothing makes sense; even her friends have changed. The doctors, they keep telling her she is sick, that none of it was real and it was all in her head. But they’re lying. She remembers a life far beyond the hospital walls. She couldn't have made it all up on her own. They must be lying… right?

It also has its own Ask a Pony here

Nothing to do with the film or KISS album of the same name.