Fanfic / Attack of the 50-Foot Heather 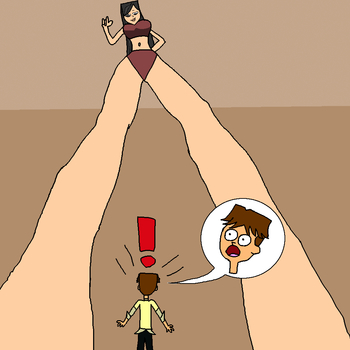 Attack of the 50-Foot Heather

Heather has become 50 feet tall thanks to events after her cameo on Revenge of the Island because of the amble amounts of radiation. Cut off from most of the world and keeping this secret, Heather starts to form an unlikely friendship with Cody on-line, who reached out to her. But then she can't limit her human interaction to a computer screen and decides to show him the truth.