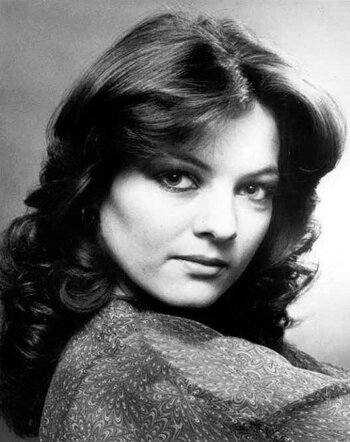 Sarah Sutton (born 12 December 1961 in Basingstoke, England) is a British actress. She's best known for having played the character of Nyssa, companion to the Fourth and Fifth Doctors, in the science fiction television series Doctor Who. Nyssa was famous for her "fairy skirt" in her first few stories and for losing her (non-fairy) skirt in her final story, "Terminus". She returned to Doctor Who, sort of, making a cameo as herself in "The Five(ish) Doctors Reboot".
Advertisement:

Besides playing Nyssa, Sutton has appeared on other serials such as in The Moon Stallion and television adaptations of Alice Through the Looking Glass as well as The Crucible.