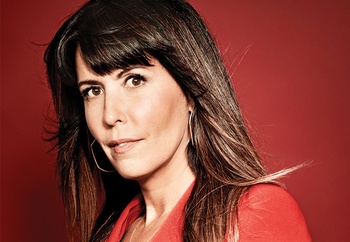 Her first big break as director was Monster in 2003, about Serial Killer Aileen Wuornos, which earned her much acclaim. She then went mostly unnoticed, working on television projects (she did nearly direct Thor: The Dark World before creative differences got in the way), until her second big break (and first foray into blockbuster territory at that), Wonder Woman, in 2017. A sequel was quickly greenlit, and she’s set to a return for a third.

Amusingly, she shares her birthday with a Wonder Woman actress, Lynda Carter.

Tropes applying to this director: