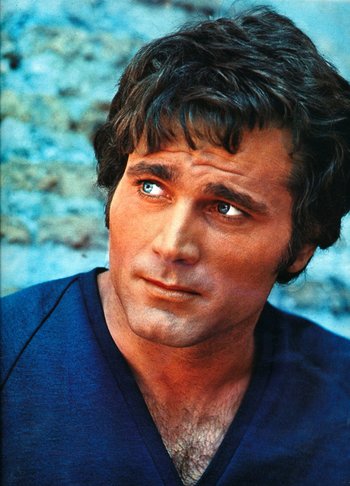 Nero in Camelot
"I could be a star and maybe make lots of money, or I could change roles all the time and have a more interesting - and longer - career."
Advertisement:

After a few supporting roles, his Breakthrough Hit was as the titular character in the classic Spaghetti Western Django, which shot him to superstar status and made him one of the highest-grossing actors in Italy, which he eventually parlayed into a successful career in Hollywood. He's regarded as one of the icons of Spaghetti Western and poliziotteschi (Italian crime film) genres that's earned him cult status.

Off-camera, he's known for his years-long relationship with Vanessa Redgrave, that eventually culiminated in their marriage in 2006.