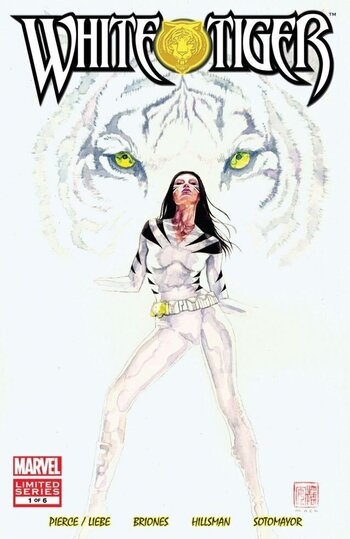 After the death of her uncle, the former White Tiger, Angela del Toro takes his place just as evil forces—Sano Orii, a shadow organization, and Omega Red—emerge in her hometown.