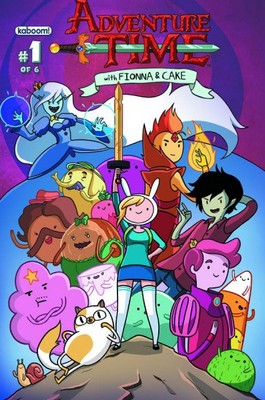 Hail, hail, the alternate gang's all here.
The second six-issue comic book spin off of the Adventure Time series. As the name suggests, it focuses on the gender flipped counterparts, Fionna and Cake, as well as the characters of their universe. This comic was written and drawn by Natasha Allegri, a character designer of the show who created the characters.

Adventure Time With Fionna and Cake has the following tropes: