Section about the main antagonists of YYGDM's Season Trilogy.

A duo of chaos bringers desire to bring discord through the YYGDM-01 dimension and the multiverse. They are the main antagonists of Season 3's Dawn of Chaos.

May the Dawn of Chaos escalate forth.

Sailor Pluto's Evil Twin sister. She kidnaps Pluto at the beginning of Season 3, then disguises herself as an "amnesiac" Setsuna and infiltrates the Kuiper Sensh/Neo Senshi camp. Her civilian identity is also apparently the secretary to Paradais Corp. CEO, Jeremiah Grand. Charon and The Prophet seem to be lovers. She is also the living incarnation of Chaos as its vessel known as Sailor Chaos. Her backstory of descend to evil was of jealousy by Pluto's attention in becoming a Time Guardian. Thus, Charon actually already sold her existence so that Chaos can be free from imprisonment and helping her malicious motives.

If they can survive this day, they will have proven their worth as this universe's protectors.

After the fall of Dartz, the Paradais Corp. fell into bankruptcy and was purchased by Jeremiah Grand, who built it back up into a leading corporation. Exactly what his role in recent events is uncertain, but he seems to have some idea what his secretary, Sharon Rivers, is up to. He is also the Prophet, he seems to be indirectly manipulating the timestream in a giant gambit but to what ends is currently unknown. 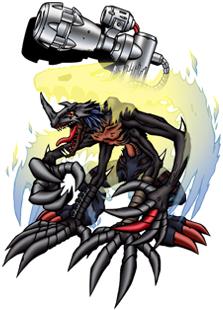 Millenniummon is the real identity of Jerimiah Grand/The Prophet. He first appeared in his cloaked Prophet appearance as a cameo way back in the original version of Wrath of Pharaohmon in Chapters 41 and 44. The Prophet needs to use Valmarmon's soulless body data in order for him to return to his true form.