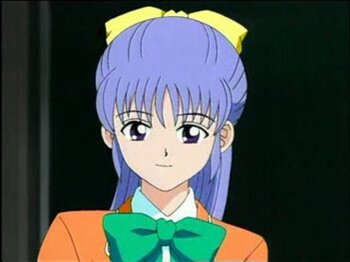 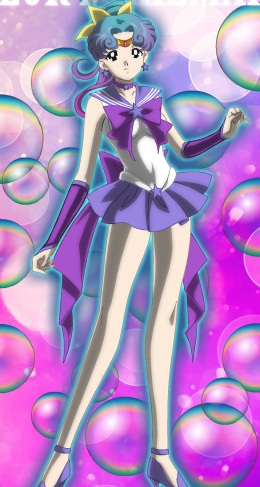 Senshi of Illusions. Miho knows Yugi and the others from her time at high school. After graduating, she went to college and thought that her life was going to be a mundane one. After an incident with a mysterious creature called a Weeper that almost ended her life and a friend of hers, she was revived as one of the Lost Kuiper-Senshi of the Outer belt thanks to Setsuna Meioh.

She is told to locate her partner Sailor Haumea and eradicate the source of the Weepers.

In Dawn of Chaos, Miho and Vivian make a brief appearance in Chapter 32.

As Sailor Makemake, she uses an energy whip for a weapon. 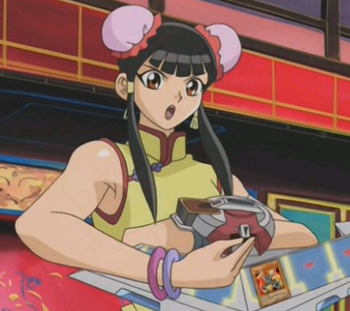 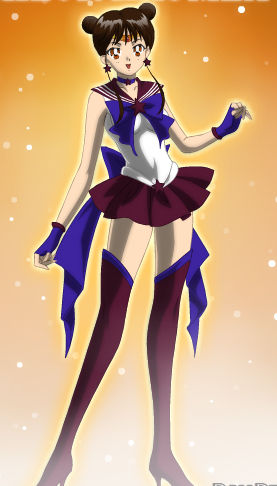 Senshi of Sand. Vivian Wong is an expert martial artist and duelist. Vivian dueled Yugi in the American Grand Prix and lost to him. She is the distant cousin of Henry, Jaarin, and Suzie Wong.

Vivian was in Hong Kong when she bumped into Tristian and Duke. She also met Miho, who she does not get along with at first. When she discovered a student of hers was hurt by a mysterious creature called a Weeper and Vivian goes out for revenge but winds up in a situation that almost ended up killing her.

Miho comes and saves her (as Makemake) and tells her of her destiny as her partner Sailor Haumea. Vivian accepts her role, transforms, and defeats the Weeper, with Makemake's help (along with Tristian and Duke who use their spirit fusion powers).

She and Miho then start their mission to get rid of the Weepers once and for all.

In Dawn of Chaos, She and Miho make a brief appearance in Chapter 32.