HEY YOU, AMERICA! WHY ARE YOU HERE?!
Voiced by: Hiroki Takahashi (JP), Bob Carter (EN)
Republic of Ecuador 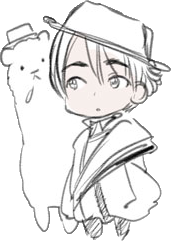