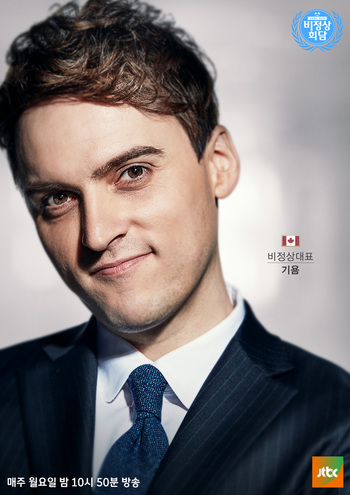 The oldest of the original 11 representatives, Guillaume arrived in Korea in 2000 during the StarCraft phenomenon. He intended to only stay for a few months, but eventually stayed for longer. He was one of only a selected number of people who made a fortune playing the game. He retired in 2004 and is currently an office worker, but his money was also scammed in the process.
Alberto Mondi (Italy) 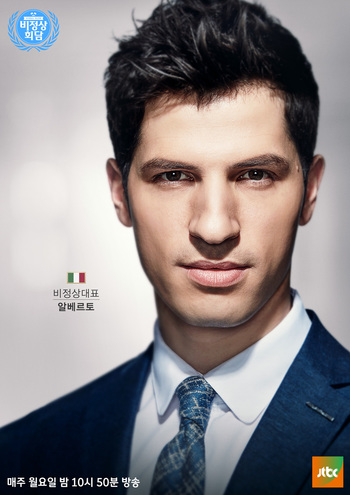 "Yeah, it's because of the marketing."

One of the original 11 representatives, Alberto originally studied Chinese and lived in China, yet once met a woman there. He arrived in Korea to study business in graduate school, and later became a car-dealer, expanding to become a cultural ambassador in the process. Known for his good Korean and his natural charm, he was able to promote his country very well throughout the series.
Alex Mazzucchielli (Switzerland) 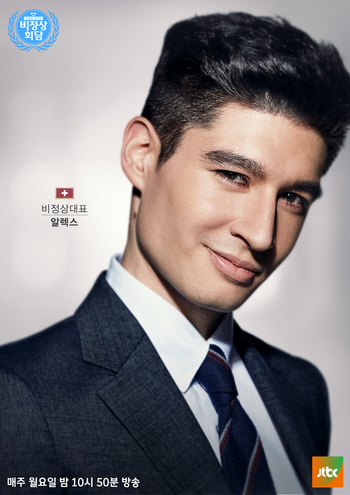 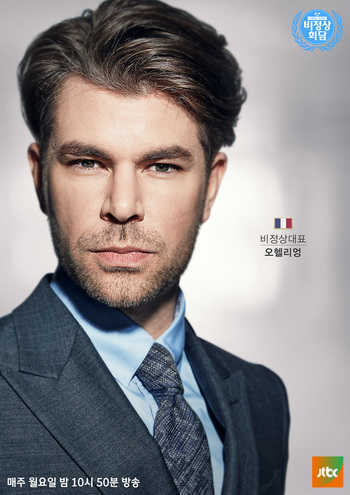 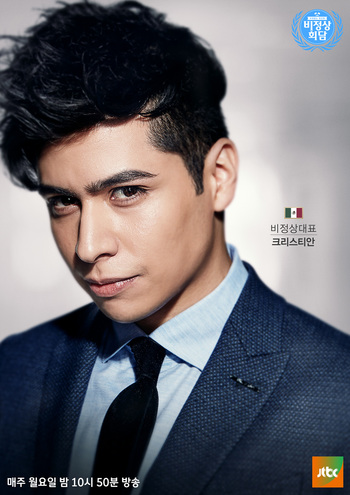 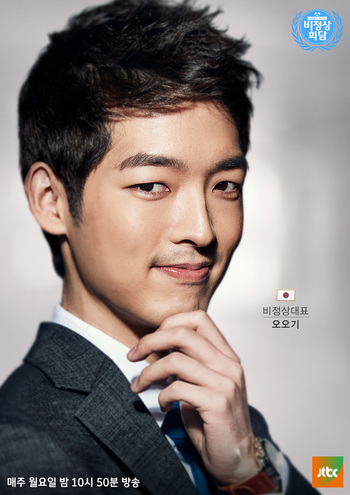 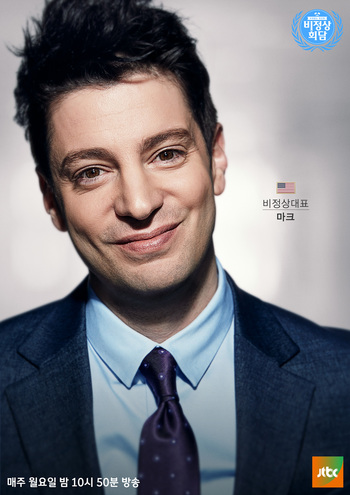 Originally a one-day intern on episode 24, Mark became a permanent member with the new cast starting in episode 103. He attended Princeton University, majoring in Chemistry; and later the Wharton School of Business in Philadelphia. He also worked for Samsung, and was of the more saavy members of the show.
Niklas Klabunde (Germany) 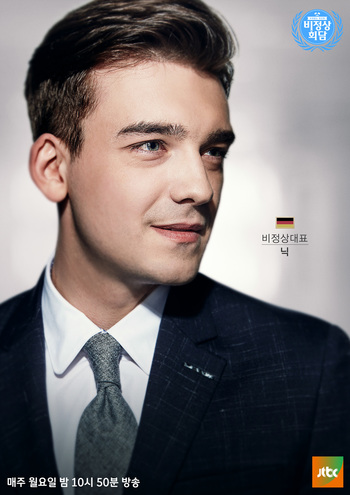 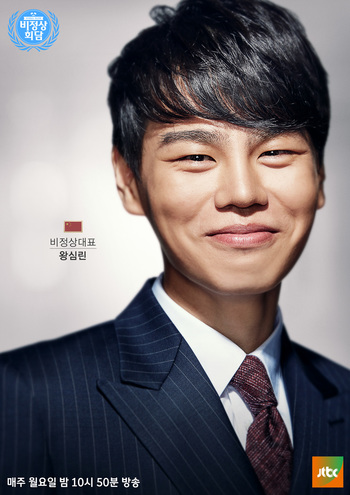 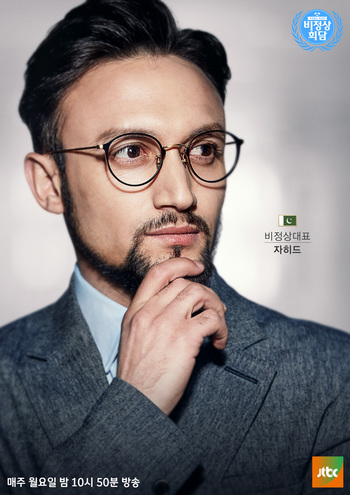 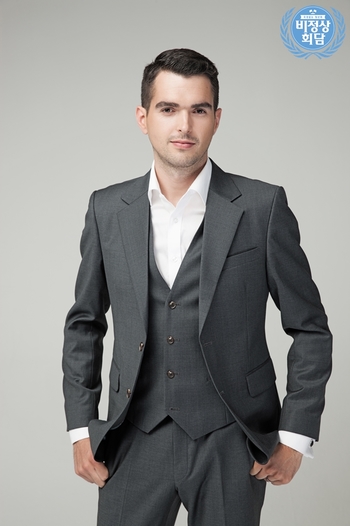 Oh, you want some sausages for dinner?

One of the original 11 representatives, James was well-known for his expeditions: he was the youngest Briton to climb up Mount Everest and traveled from Pole-to-Pole in 2008.
Daniel Snoeks (Australia) 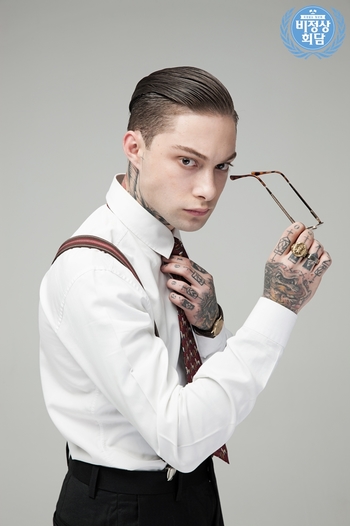 The youngest of the original 11 representatives, Daniel became well-known for his full-body tattoos, of which some of them appeared on his neck and fingers. He mentions how in Korea, they are seen as taboo (as shown in one episode, where he was rejected from a bathhouse because of them), but people wanted to photograph him since. He also works as a model, with a strong portfolio to back him up.
Enes Kaya (Turkey) 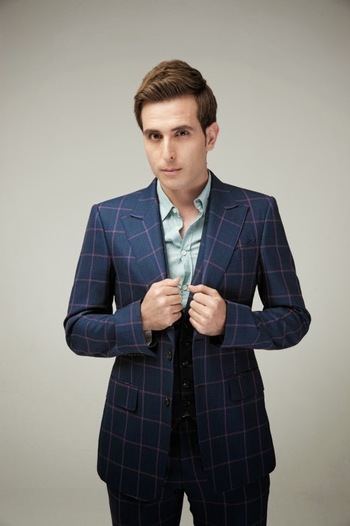 "If the teacher farts, the student poops."
some caption text

One of the original 11 representatives, Enes came to Korea in 2002 at the insistence of a family friend. While having a degree in IT from Hanyang University, at the time of the show he also dabbled in acting and appeared on TV. He quickly became one of the most prominent members due to his strong opinions and just-as-strong Korean...until his personal life exposed him.
Ilya Belyakov (Russia) 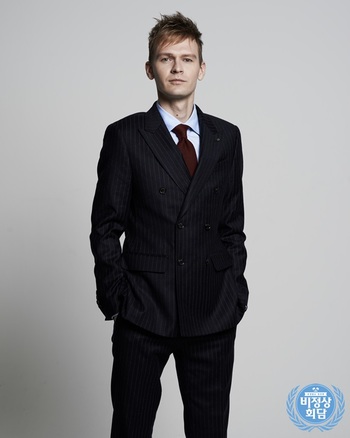 Originally a one-day intern on episode 20, Ilya became a permanent member starting on episode 28. Originally from Vladivostok in the Asian part of Russia, he works as a medical translator, and also writes articles about Korea, its language, and culture. He first heard of the show because he worked with Tyler on the latter's magazine, Seoulism. Nevertheless, this didn't prevent the two from occasionally clashing with each other.
Robin Deiana (France) 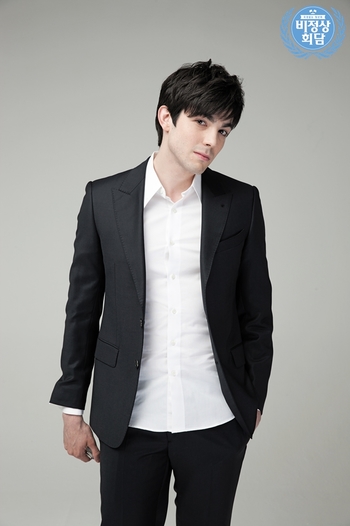 One of the original 11 representatives, Robin initially came to Korea as an exchange student. He later moved up to modeling and acting, and occasionally does breakdancing.
Julian Quintart (Belgium) 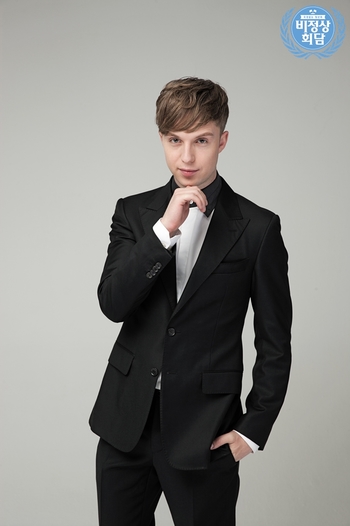 We've never seen a duck this fat either.

One of the original 11 representatives, Julian first came to Korea at age 17 as part of a Rotary Youth Exchange. He did some music, but primarily works as a DJ, while trying out different parts of the entertainment industry. He immediately became well-known for his outgoing personality and his spitting, which ended up comparing him to a duck.
Sujan Shakya (Nepal) 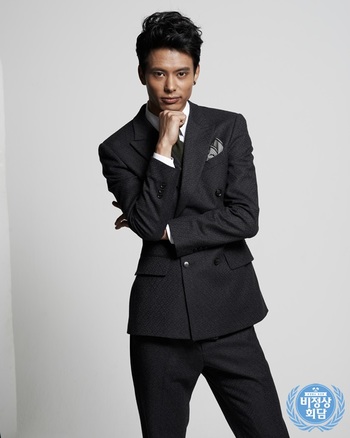 Originally an intern in episode 27, Sujan became a permanent member in episode 28, along with Ilya and Blair. He works at a parachute company as a marketing manager.
Takuya Terada (Japan)

One of the original 11 representatives, Takuya came to Korea to pursue his dream of becoming an idol.
Blair Williams (Australia) 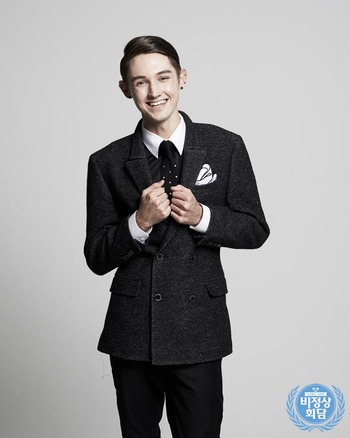 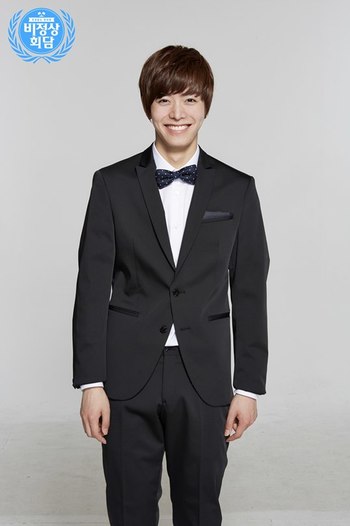 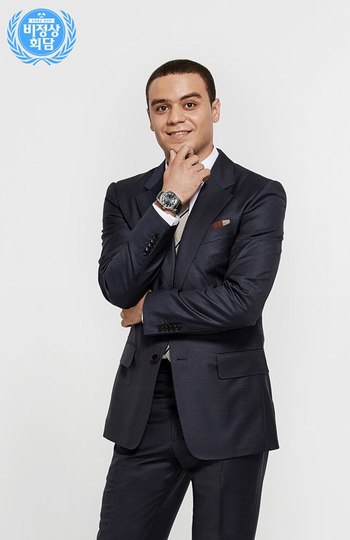 Samy first appeared on episode 11 when Enes had to attend a wedding in Turkey, making him the first intern in the series. Despite some of the clashes between him and the other G's (specifically with Zhang Yuan about paper vs papyrus), he enjoyed his time and wanted to come back. 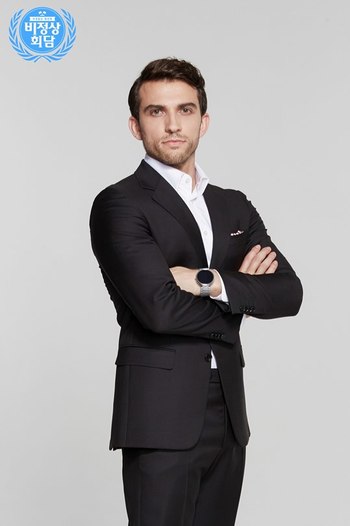 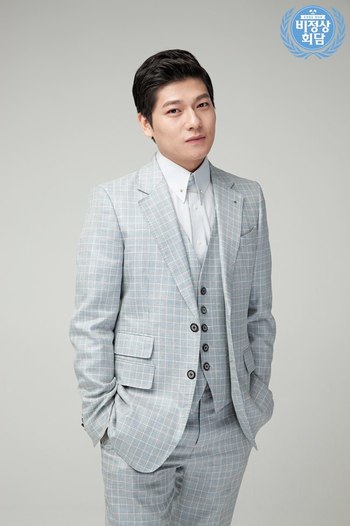 If you solve Japan's history issues with China, then maybe you have a chance with him.

One of the original 11 representatives, Zhang Yuan came to Korea in 2008 for a vacation with a friend. However, he found himself spending some more time there and eventually became a teacher. Previously, he was a television presenter in China, and got to show his skills from time to time.
Daniel Lindemann (Germany) 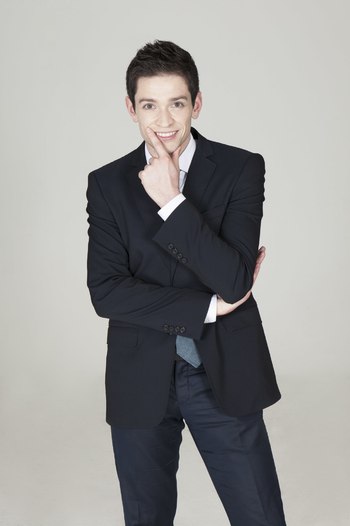 After James Hooper left at the end of episode 4, Daniel Lindemann came to take his place. He originally worked for a consulting company, but quit his job when Abnormal Summit started becoming big. Along with entertainment, he is shown to know piano and does a bit of Tae-kwon-do, the latter which piqued his interest in Korea.
Tyler Rasch (USA) 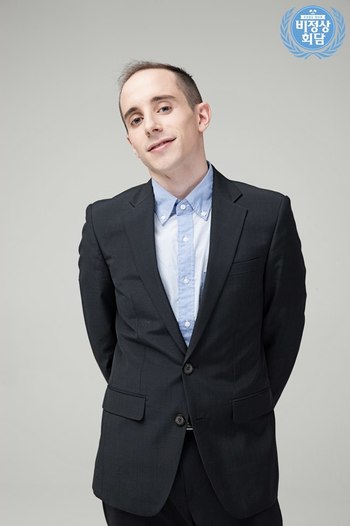 One of the original 11 representatives, Tyler first graduated from the University of Chicago with a degree in International Relations. Like Sam, he got a scholarship to study in Korea from the government and was a graduate student at Seoul University. This knowledge was frequently shown on the show through his use of advanced vocabulary and his knowledge of current events.
Sam Okyere (Ghana) 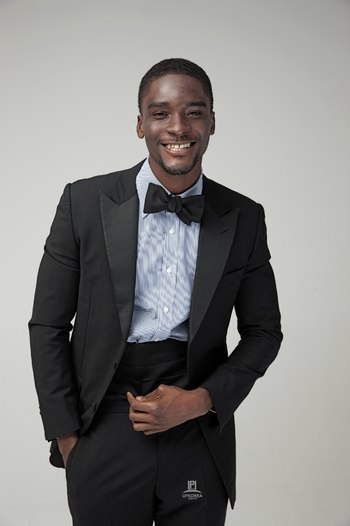 One of the original 11 representatives, Sam first came to Korea on a scholarship which he didn't expect to receive after applying. While he majored in Computer Engineering at university, he wasn't interested in the subject and started doing comedy instead. By the time he first appeared on Abnormal Summit, he has done multiple shows, breaking through the mold of Korean entertainment.
Abhishek "Lucky" Gupta (India)