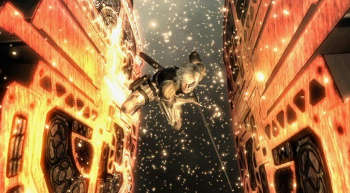 RULES OF NATURE!!!note This is just halfway through the first boss fight.
"This might be the greatest game ever made."
—Max0r
Advertisement:

Can we just say this whole game is a CMOA? No? Alright, let's get into details.