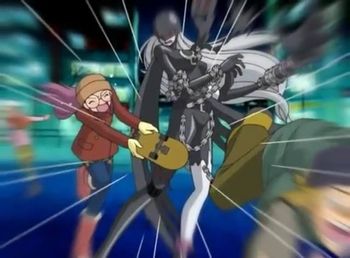 Even in peril, Yolei doesn't hesitate to save a life!