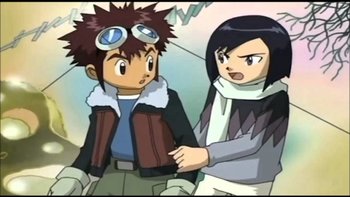 Why do they have to save the world now? They were just about to kiss!