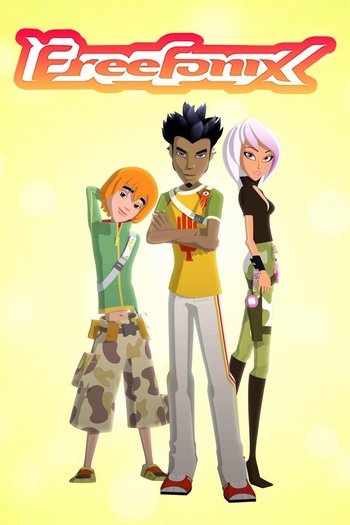 Freefonix is a British cartoon that was launched in 4th January 2008. It's about a band called Freefonix who are using the power of the Thirteenth Note to fight against rival band Mantyz and to keep Los Bosmo safe from the threat of Vox. Throughout the course of the series, Freefonix meet all sorts of people. Some of these people possess the power of the 13th Note.
Advertisement:

Tropes that apply to this show