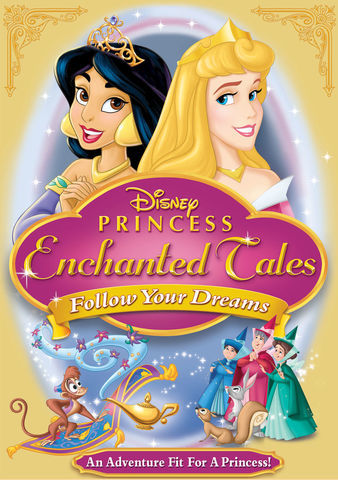 Disney Princess Enchanted Tales: Follow Your Dreams is a 2007 Direct to Video Compilation Movie based off of Disney Animated Canon. It is the first animated feature related to the Disney Princess franchise. The film contains two shorts: one of Aurora from Sleeping Beauty and another of Jasmine from Aladdin.

The film was originally meant to be a part of a Disney Princess Enchanted Tales series of films revolving around Disney princesses teaching aesops. However, the sequels never came to be due to almost all of Disneytoon Studios' projects being scrapped in 2008. It's even been speculated that this film is the reason why John Lasseter put a halt to Disneytoon's direct-to-video sequels.