Webcomic / Diamond in the Rough (Aladdin) 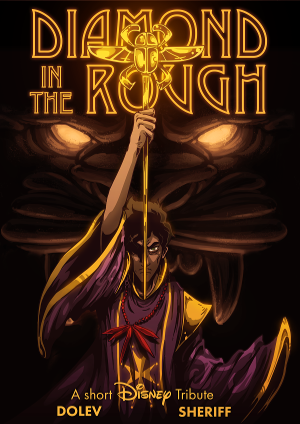 Diamond in the Rough is a Fan Webcomic of Aladdin, written by Theo Dolev and illustrated by Ophir Sheriff. The comic is 36 pages long, and is a prequel speculating on the origins of various characters. Unfortunately not much more can be described about it without spoiling some big plot points, so just know that it has Awesome Art and can be read here

Diamond in the Rough provides examples of: