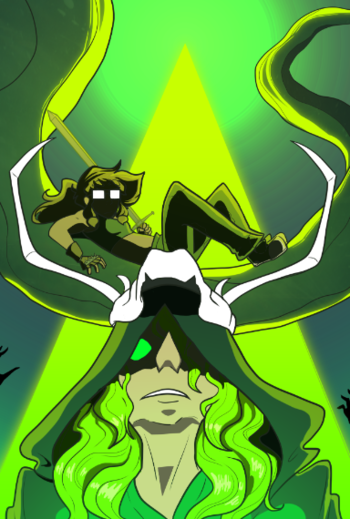 some undeads and redheads
Advertisement:

is an action/urban fantasy series about a tough, dry-humored woman named Lave Faraday, who also happens to live in a city populated by mythical creatures and magic. After taking down a horde of zombies (slightly unusual for a Monday), Lave is tasked with looking after a 12-year-old boy named Jake for reasons no one will tell her.