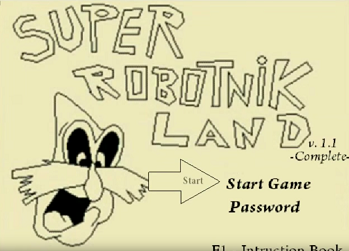 Super Robotnik Land is a strange Platform Game developed by a YouTube user called Dezzan, based on the "Robotnik and His Gameboy

It was released in 2008, and can be freely downloaded for PC here