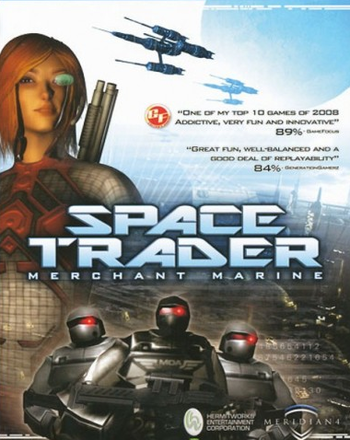 Space Trader: Merchant Marine is an 2008 indie game for PC, developed by Hermitworks Entertainment on Quake III: Arena engine. The story involves a trader starting with minimal funds to eventually become the best trader in the solar system, even as humanity's highest authority, The Ministry of Accounts, takes an increasingly dim view of their profiteering.