Video Game / Lab of the Dead 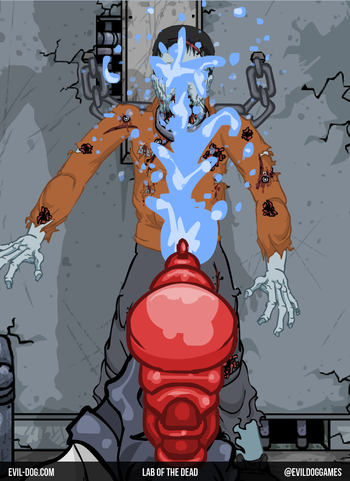 Testing a water gun on a zombie. Why? For Science! of course!
Advertisement:

Lab of the Dead is an Adobe Flash game on Newgrounds and the storyline sequel to Road of the Dead. It is about a scientist who is actually studying zombies psychologically in order to find ways to control them. Unlike other Zombie Apocalypse games, there is no danger of being eaten by a zombie, instead being focused on discovering things about zombies. It is playable here