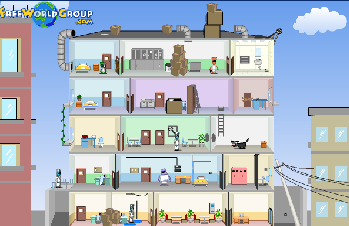 , you control each of the three, each with their own abilities to get past the nurses and to freedom. The game that followed this was The Journey

, which followed Fred as he attempts to get out of a city, with police and mental health workers looking for him. Then there was In the Woods

, that followed Walter who must find his way out of the woods that he escaped into. Next was Mental Showtime

, that followed Greg, who must find his way out of a circus after he had been captured by an evil ringmaster as he was looking for his friends. This all culminated in one last game, Mental: Murder Most Foul

, where the trio must escape from a city after reuniting, with the authorities hot on their heels after the body count that they had racked up in the previous games turns them into wanted criminals.