Video Game / Even For Eternia 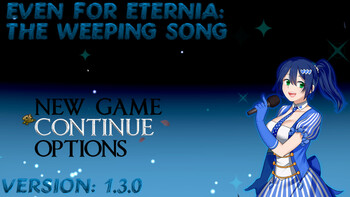 Even for Eternia is an RPG Maker MV game developed by Radiant Arin in 2019.
Advertisement:

After paying respects at her sister's grave, Rubellum is nearly killed by a Wraith, a monster that cannot be killed by ordinary means. A white bird tells her to turn her hate, fear, and despair into power. Rubellum manages to force the Wraith to retreat using her new powers as an Umbra, but soon learns that there is a price to pay for accepting this power.