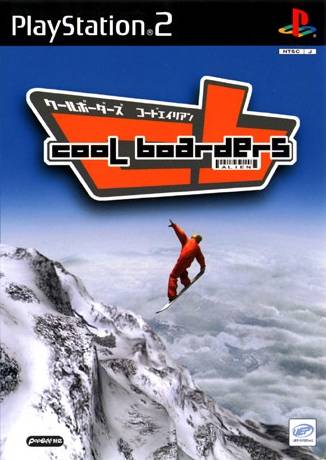 Cool Boarders is a series of snowboarding-based racing games developed by UEP Systems and (in its latter installments) Idol Minds / 989 Studios in the late 90's and early 2000's for the Sony PlayStation and PlayStation 2.

Each installment of the series allows players to take control of various snowboarders in a quest to conquer several different courses in various locales across the world, via various gameplay modes. The first game, released in 1996, offered three tracks (plus two hidden maps), two selectable characters and a handful of boards to try, with players being encouraged to beat time or stunt records on each course. The second game (released in 1997) introduced the staple Competition mode, where players competed against CPU-controlled opponents to advance through several increasingly difficult stages, interspersed with qualifying events where players try to get the best stunt and trick scores. The third added six different modes for each course, in addition to a wider selection of characters (including real-life snowboarders who lent their likenesses to the game). Later installments allowed the player to enhance their abilities by beating certain challenges or modes.

The games included tracks in various locations, including mountains, villages, caves and more, and secret characters with enhanced abilities could be unlocked by completing difficult courses or beating time/stunt records

The franchise ended after Cool Boarders 2001, released in 2000 for the PlayStation and PlayStation 2.

The series includes the following installments:

Not to be confused with Cool Board.