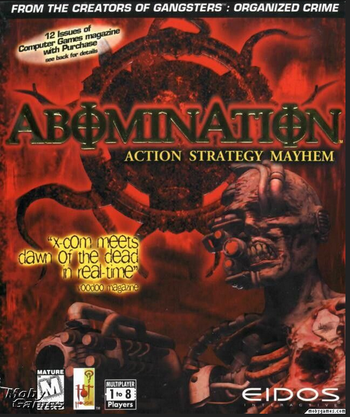 Abomination: The Nemesis Project is a 1999 Real Time Strategy/Action game. The game is a Spiritual Successor to the X-COM series, but is far more action packed. Also, instead of fighting an Alien Invasion, the player fights The Virus.