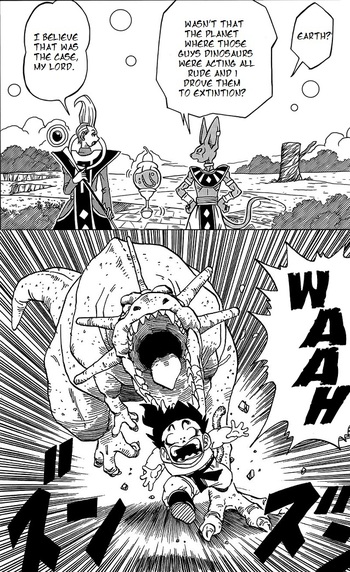 Beerus' memory must be buggy.
Advertisement:

As a well-known Long Runner written by a notoriously forgetful writer who freely admits he writes by the seat of his pants, it's not surprising that the Dragon Ball franchise has its fair share of continuity errors, whether it be from a mistake or a retcon. Likewise, the writers in charge of the anime series have made mistakes from time to time in the series, either in Dragon Ball GT or the Non-Serial Movies. If the fans notice these mistakes, they are likely to either bash the anime writers for messing up, or give a Fan Wank explanation.

See also the AdaptationInducedPlotHole.Dragon Ball article for the inconsistencies added by Toei Animation, which further increased confusion to the series.

Please note this is not a page to bash any of the series or the original manga. Dragon Ball is a beloved series, but it doesn't mean it can't be flawed in its narrative. 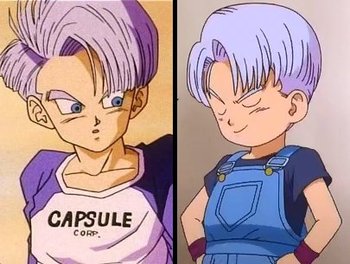