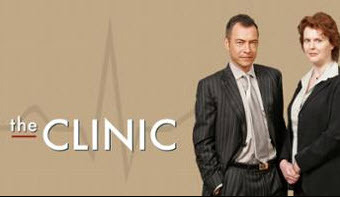 The Clinic is an RTÉ Ensemble Prime Time Soap created by Orla Bleahen-Melvin and Lilie Ferraril that originally ran from 2003 to 2009, comprising 7 series and 63 episodes.

This Irish series follows the ups and downs of the Clarence Street Clinic, a multi-disciplinary medical clinic, run by husband and wife general practictioners Ed and Cathy Costello. Storylines follow the various clinic employees and patients in a semi-serialized manner.