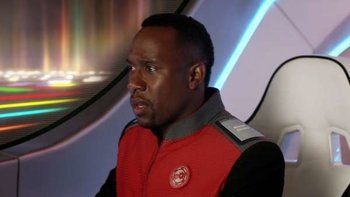 Our first glimpse at John LaMarr in a high pressure situation. See; he's doing great!
The Orville observes a 2-D Space anomaly. While on the ship, Kelly tries getting John to put his surprising smarts to work.