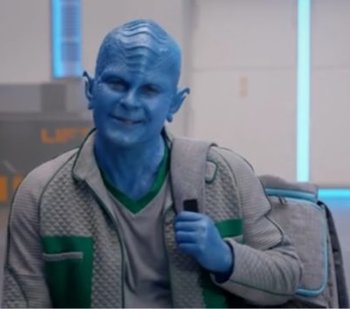 With special guest Rob Lowe as Date Rapist Papa Smurf
Ed has to try and prevent a civil war between two contentious alien races. While also dealing with the arrival of Darulio, the man he caught Kelly cheating on him with.