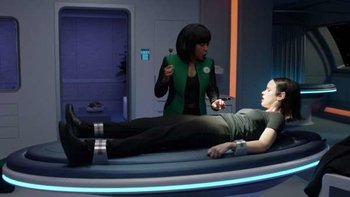 Your bad day at work has nothing on Alara's bad day at work.
When a crewman's death sends her into a spiral of crippling self-doubt, Alara fears she's losing her mind. But the madness may be affecting the whole ship.