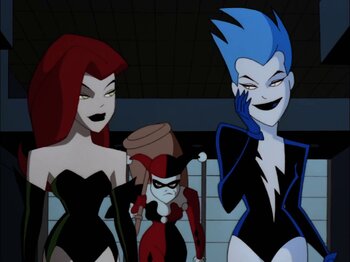 Metropolis supervillain Livewire escapes from a prison bus while being transported to GothCorp for treatment. With both Batman and Superman out of town, this winds up giving Batgirl the opportunity to meet and befriend Supergirl, but when Livewire forms a team-up of her own with Poison Ivy and Harley Quinn, things quickly become tougher for the two young heroines.