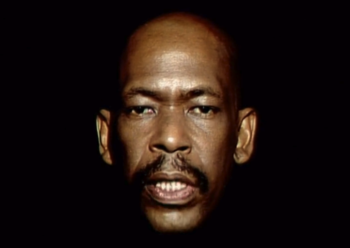 Rimmer, Lister, and the Cat are wasting time in their quarters as usual: Lister is taking a quiz in a woman's magazine that rates the reader's sexiness, Cat is rocking out to a corrupted tape of Robert Hardy reading Tess of the D'Urbervilles, and Rimmer is cheating at checkers with a skutter. Holly interrupts, but can't remember why until a meteorite hits the ship—he was going to tell them that a meteorite is about to hit the ship.

When Rimmer starts to malfunction, Holly's directions for repair nearly blow Lister up, and a new face appears on the screen: Queeg 500, the backup computer. He boots Holly out, citing his senility and the fact that his IQ is really 6 rather than 6000. After a few days of tyranny, the crew decides to bring Holly back.

Holly challenges Queeg to a chess game... and promptly loses, not surprising when he persistently calls pieces "horsey" and "prawn." Holly is deleted permanently. Queeg appears onscreen to cement his reign over the ship... and says "what's happening, dudes?"

Holly reappears, crowing over his jape of the decade — we are talking April, May, June, July and August Fool's — and remarking on how easily the crew believed 'Queeg's' claims of Holly's incompetence. He finishes out by delivering the moral of the story: to appreciate what you've got. Because basically, he's fantastic.