"You good for nothing fish! I DON'T WANT TO BE YOUR MASTER!!!"
— James 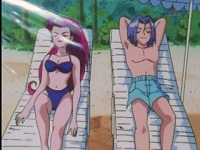 The S.S. Anne has gone down, with the twerps and Team Rocket still on-board! Can they get out and back to the surface alive? Even if they do, will that even be enough for their salvation?