Recap / Asterix and the Black Gold 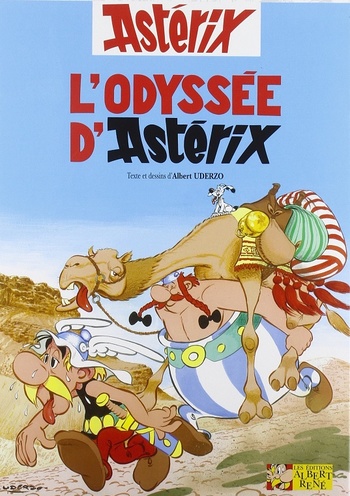 For the twenty-sixth Asterix volume, Uderzo turns a satirical eye to both the Middle East and spy stories.

Getafix anxiously waits for Ekonomikrisis the Phoenician tradesman to arrive, because he needs some rock oil for the magic potion. As it turns out he forgot to bring it along with him, causing Getafix to go mad with anger and suffer a heart attack in the process. After calming down a bit he explains the situation and Asterix and Obelix decide to travel along with Ekonomikrisis to Judea (Israel/Palestine nowadays) to get the urgently needed fluid. Meanwhile, a Roman spy named Doubleosix travels along with them, disguised as a druid, trying to sabotage the mission...

“These Judeans are Crazy!”