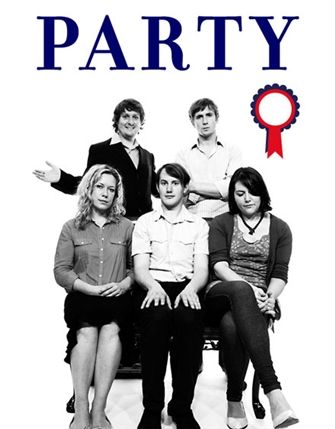 Clockwise from top left: Duncan, Simon, Phoebe, Jared and Mel.
Duncan: You can just do that, then? You can just... form a party?
Jared: Yeah.
Duncan: Right. And you don't need any... adults around?
Advertisement:

Party is a BBC Radio 4 sitcom about five naive students trying to set up a new political party. It was adapted by Tom Basden (of Cowards) from his play of the same name, which premièred at the 2009 Edinburgh Fringe Festival. Basden also co-stars as Simon. Party currently consists of three series containing four episodes each, broadcast in 2010, 2011 and 2012.